Thankyou, Internet! Many of the world’s most famous photographs have been recreated in Lego. So at last, the world’s great photographs can be appreciated by people who refuse to look at non-brick-based artforms. 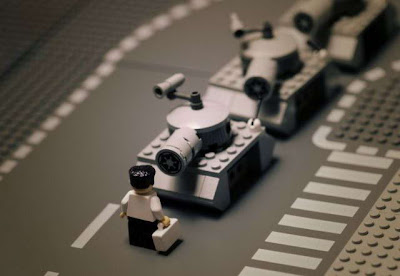 Tianamen has never been so square!

What a bunch of evil bricks. 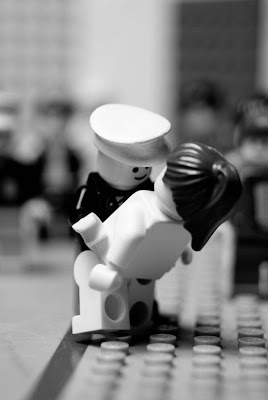 Doesn’t look all that consensual to me. In fact, looks like the woman’s shouting “Lego! Lego!”

Unfortunately lego people don’t click together at the appropriate point. 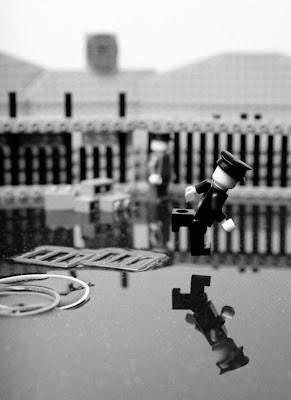 The original image captured a spontaneous moment of a man reflected in mid-air. But to recreate it, you wouldn’t believe how hard it was to get the Lego guy to jump right. 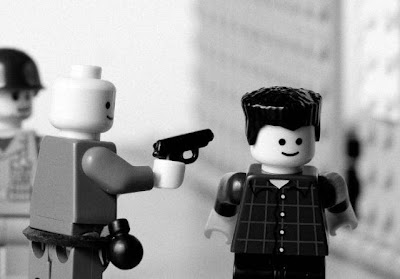 Ah – the brutality of a Vietnamese execution, in smiley kid-friendly form!

If Chief of Police Nguyen Ngoc Loan had’ve known he would be immortalised in Lego 40 years later, he probably would’ve executed a few more Vietcong in the street.

If only the real Vietnam war had been made of lego! When your best mate Johnny gets blown apart, you and the gang can have lots of fun putting him back together!

Fighting the Viet Cong is a lot more fun when you know you can turn their body parts into a cool spaceship. 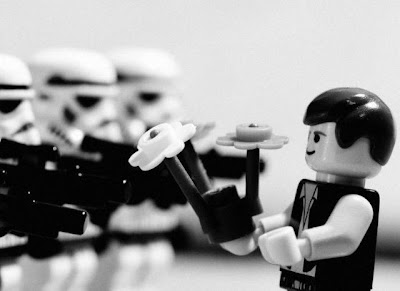 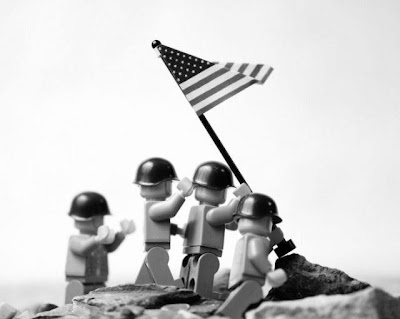 I can’t say for sure, but that flag-raising DOES look staged. 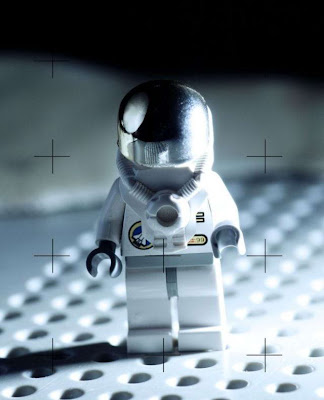 I can’t say for sure, but that moon-landing DOES look staged.

Wow. A photo of a Lego astronaut.

Taking a photo of a Lego astronaut sure is cheaper than relaunching the space program.

Frankly, this is just a reminder of how much better my Lego space program was than the real thing. 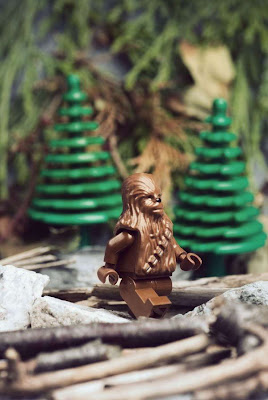 Watch out! It’s Bigfoot! That means not far behind must be Jar-Jar Binks!

It all makes sense now. The Loch Ness Monster is actually Jabba the Hutt!

You know what? I’m not convinced.

Weird – it doesn’t look any faker than the original. 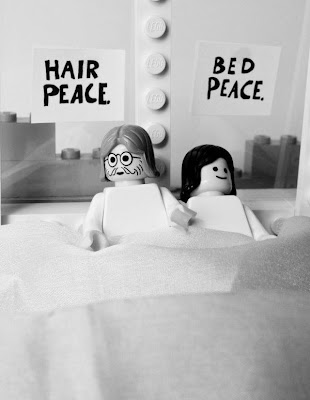 Finally, someone will be able to pull off Yoko’s head.

John and Yoko relax after pulling the Beatles apart.

Yeah, well, that one fails. Those signs aren’t made of lego at all. 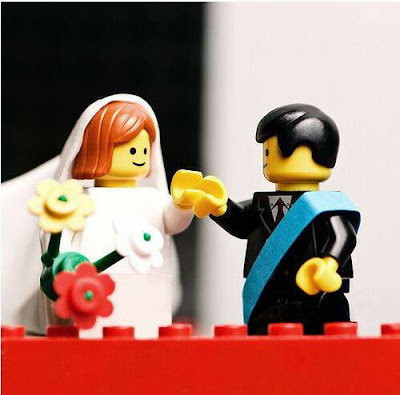 It’s a really accurate representation of their marriage – they look so happy on the outside, but inside they’re cold and empty.

You’ll never guess who this is meant to be. One reason Lego characters should have ears.

If only Princess Di had been made of lego, not only could we have reassembled her after that fateful tunnel crash, but we could’ve made her into a pirate ship or a space station!