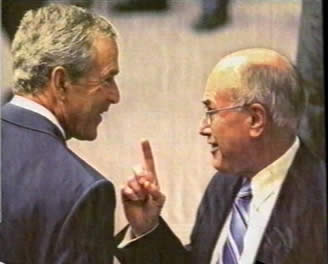 “See? You did have something up your nose.”

“Can I still be deputy sheriff? I brought my own gun!”

“And this means the batsman’s out.”

Howard and Bush discuss the future of petrol prices.

Bush: “Hands up who likes me!”

“Well, if you think my willy’s too short, I can always use my finger…”

“I have been faithful. See, it still smells like you!”

“That’s right, Johnny. I am number one.”

Howard indicates just how many other countries matter to him…

“I hope you’re gonna do more with that finger than just point, Johnny Boy…”

“Now, watch me put a condom on it with my mouth!” 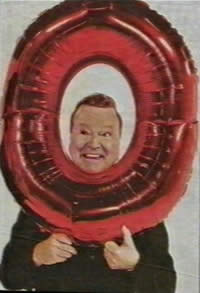 It’s huge, round and shiny… but what’s it holding?

Bert thrilled to find something bigger than his head.

“See – there is something bigger than my head!”

His career in ruins, Bert half-heartedly attempts to drown himself.

Disturbing projections of what Bert will look like in ten years.

Bert tries to hang himself with inflatable noose.

“Finally, a haemorrhoid-ring in the size I need!”

And this one didn’t make it to air… 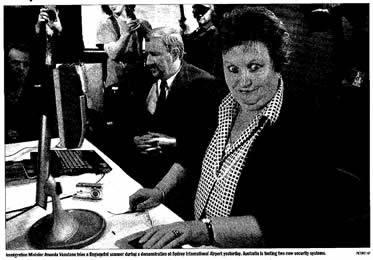 “I’ll have what Bert’s having!”

“Are those doughnuts all mine?”

Amanda realises too late that her chair has no seat.

Quick Amanda! Put your glasses back on!

Then, at the worst possible moment, the wind changed.

“Look, I can do self-harm too! This is my insane eye-pop.”

Vanstone tries to prove she’s not one of those slanty-eyed foreigners.

“When’s my turn to interrogate?”

Proof that computers are bad for your eyes.